According to the Ukrainian State News Agency on the 15th, a unique cultural relic named "trypillia smile" was displayed at the Ukrainian National Museum in Kiev. 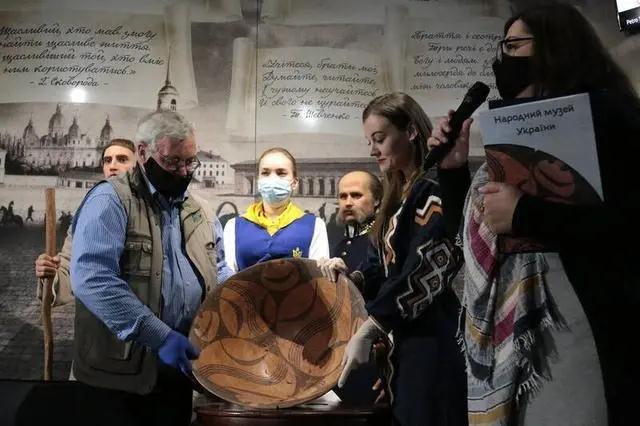 Ukrainian archaeologists say the collection dates back to 4100 BC. Interestingly, the design on the collection is similar to the "smiling face pattern" that people use on social networks today, and can be called the "oldest smiling face" in the world. The collection is one of a series of exhibits from Ukraine's "cradle of civilization", which shows the ancient civilization of tripyria thousands of years ago. Archaeologists said the bowl, about 60 cm in diameter, was mainly used for sacrificial rites and rituals. People at that time recorded the moon's gain and loss in the form of a smiling face.