The novel coronavirus pneumonia epidemic has been spreading in the United States, which has caused a heavy blow to the whole American entertainment industry. Since March this year, museums around the United States have successively closed down in accordance with relevant prevention and control regulations, resulting in a sharp drop in income and a general crisis of survival. Many museums have to take measures such as cutting people and reducing wages to "survive in the epidemic". The Brooklyn Museum in New York even fell into the situation of making an exception to auction famous paintings in exchange for maintenance funds. 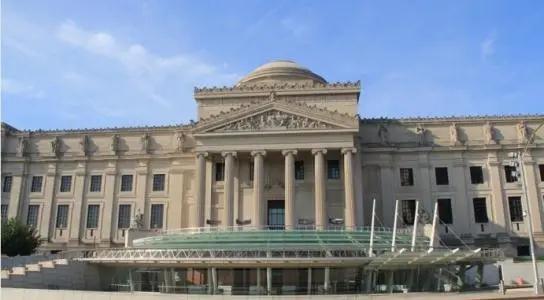 
Since May, the epidemic situation in the United States has stabilized for a time. Under the premise of strict prevention and control measures, some large museums have tried to reopen the museum in a limited way. Eight of the 20 exhibition organizations under the Smithsonian Institution of the United States have successively joined in the reopening army. The re opened cultural and Museum institutions mainly choose outdoor exhibition or relatively wide exhibition space, which include the National Zoo, the American Museum of art, the American Museum of history, the Virginia branch of the National Museum of Aeronautics and Astronautics, and the national African American historical and cultural museum. During the reopening period, some preventive and control measures were taken, such as restricting the flow of people and queuing online.

The severe rebound of the epidemic forced the reopened American Museum to make a painful decision to close again. According to comprehensive media reports, museums in Illinois, Minnesota, Colorado, Texas, Wisconsin, Philadelphia and the Capital District of Columbia have been closed again recently. No reopening date was announced for all the museums that were closed for the second time.

Some people in the industry are optimistic about the prospect of the re opening of the exhibition organization. Ms. Feldman, curator of the American Art Gallery, said: Although the re closure has brought us into a long tunnel, there is a light at the end of the tunnel. The major breakthrough in the research and development of new coronavirus vaccine has boosted social confidence, and the industry should have a bright future next year.