June 8, 2020 is the 12th "World Ocean Day" and the 13th "National Marine Publicity Day". The theme of this year's activities is "protecting mangroves and protecting marine ecology". In order to enhance the awareness of the whole people to protect the ocean, with the strong support of the member units of the national ocean culture and Education Alliance, a series of activities of "protecting mangroves and protecting marine ecology" were officially launched. China (Hainan) South China Sea Museum, as a member unit, combined with its own resources advantages, launched "into the South China Sea" on the official microblog platform of the museum In the live broadcast activity of "walking into mangrove", two commentators led the audience to visit the real mangrove corridor of our museum through the camera in the live broadcast room, supplemented by the demonstration of mangrove specimens, so as to popularize mangrove knowledge to the audience, and understand the typical mangrove ecosystem, the characteristics of Mangrove forest living environment, ecological adaptation mechanism and ecological value in the South China Sea coast. 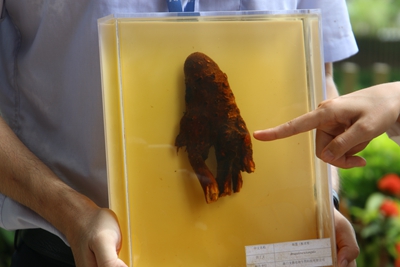 "What do mangrove plants look like? What is the significance of mangroves to human beings On the day of live broadcast, commentators Chai yuan and Yang Na led everyone to walk along the real mangrove corridor of the museum, showing the rich species and different attitudes of mangrove ecosystem to the audience through the camera.

"Eight kinds of mangrove plants have been planted in our museum: Kandelia candel, Bruguiera, Aegiceras corniculata, Coreopsis marina, Coreopsis tinctorius, mangrove, silver leaf tree and sea paint. Every kind of mangrove has its own ability. Kandelia candel is the most hardy species with wide distribution area. Paulownia tree is salt tolerant, its flowers are a good source of honey, can be used to raise bees to get better quality honey. "The finger like root system of white bone soil has greatly adapted to the living conditions of low sea water." Yang Na, the commentator, pointed to the mangrove plants on the bank and introduced the mangrove plants in the mangrove real scene corridor of our museum one by one.

"The greatest ability of mangroves is to protect the homeland of mankind. When there is a tsunami or typhoon, mangroves are the first line of defense to protect our coastal homeland. They are a group of lovely "coast guards". In the Indian Ocean tsunami of December 26, 2004, the excellent performance of mangroves made the mangroves' reputation as "coast guard" spread all over the world The announcer Yang Na said. 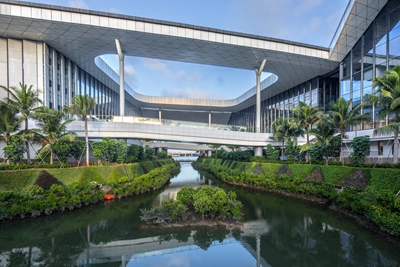 he announcer and the audience have a question and answer interaction

During the live broadcast, the two commentators also sent out exquisite cultural and creative products such as the paper model of Nanhai Museum of China (Hainan), the ceramic mug of impression qilianyu, and the bracelet of Nanhai shell picking.

As an important platform to display the cultural history and natural ecology of the South China Sea, our museum also plays an important role in cultural education and knowledge dissemination. The purpose of this activity is to break the limit of distance, transfer the knowledge of culture and nature of the South China Sea to more audiences, shorten the distance between people and nature, let more people understand the mangrove ecosystem and the natural ecology of the South China Sea, improve the public awareness of the protection of blue land and resources, protect the ocean closely related to us and protect the earth we depend on.